The area of ​​the enterprise is 34 thousand square meters on 25 hectares in the Industrial Zone of Almaty. Hyundai Trans Kazakhstan, a subsidiary of Astana Motors, was built using modern technologies of the global automotive industry and equipped with the latest equipment made in South Korea. The production capacity at the first stage is 30 thousand units per year, at the second stage – up to 45 thousand units per year. 50 percent of the total number of produced cars “Astana Motors” will sell in the market of Kazakhstan and 50 percent – to supply to the CIS countries. The company is already exporting Hyundai cars to Uzbekistan.

The total volume of investments is more than 28 billion tenge, 30 percent of which are own funds of Astana Motors, 70 percent are loans attracted from Development Bank of Kazakhstan JSC and Industrial Development Fund JSC. The project was implemented with the support of the Ministry of Industry and Infrastructure Development of the Republic of Kazakhstan, as well as the Akimat of Almaty. 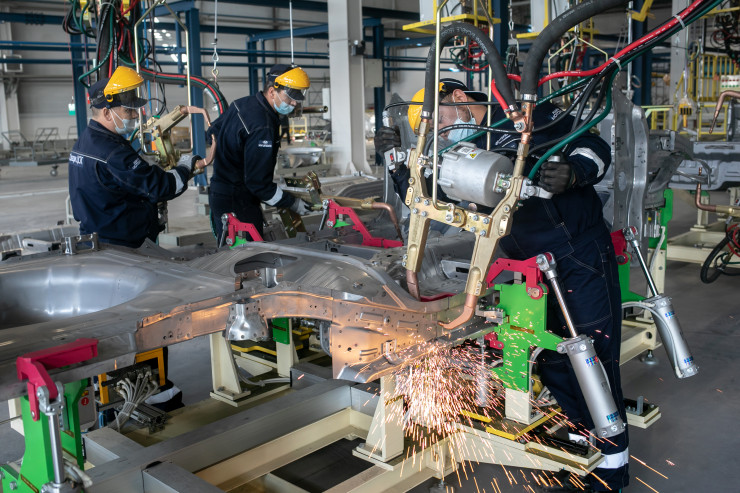 Astana Motors has been operating in the Kazakh automotive market for 28 years, and its own production of passenger cars is a key development stage for the company. We have created unique conditions for the formation of professional personnel, the high quality standards of Hyundai at the new enterprise will be provided by 700 qualified Kazakhstani specialists, and taking into account the multiplier effect, this is more than 1000 employees in various fields of activity, “said President of Astana Motors Nurlan Smagulov. 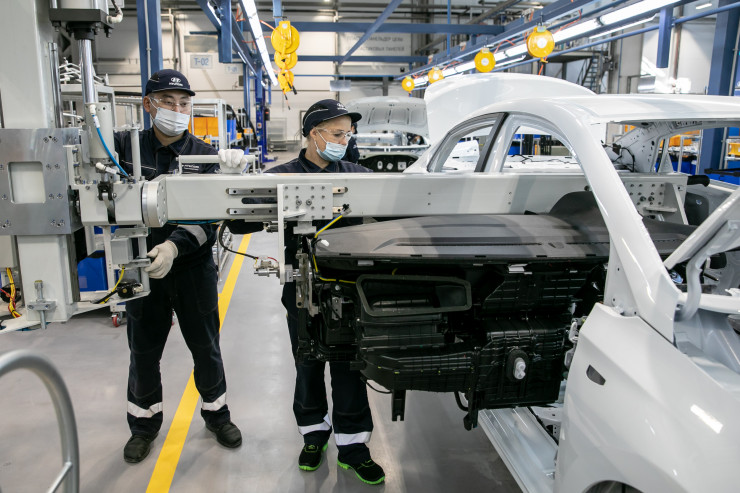 In the future, Astana Motors plans to build a plant for the production of auto components. Thus, the company will provide more than 51 percent of localization and will be exported to the CIS countries.

Recall that the construction of the Hyundai Trans Kazakhstan plant in the Industrial Zone of Almaty began on April 21, 2019. Today, October 15, 2020, the official launch of the shops for welding and painting bodies, assembling cars, painting plastic parts and a warehouse of components for the production of cars using the small-knot assembly method took place. The cars assembled at the new plant using the small-knot method will be introduced to the market in early 2021. 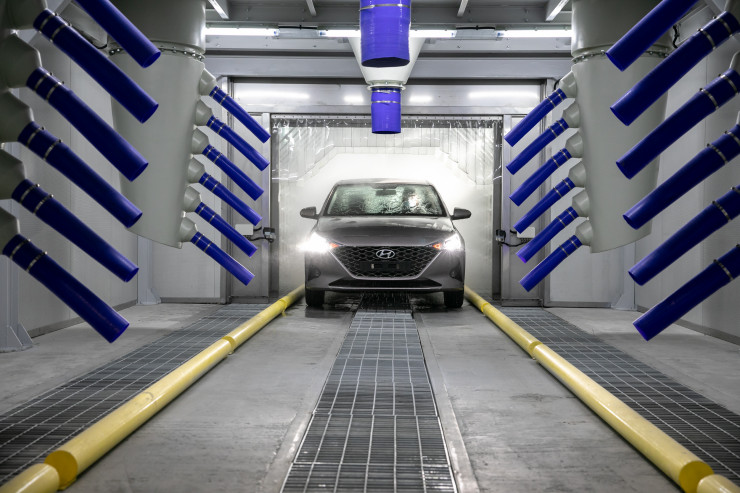 Affordable financing of the manufacturing sector approved in the Mazhilis